A global pandemic has scorched the world for the last year, causing death and illness at a speed not seen for over 100 years. In the fight against the deadly virus cities, countries have been in lock-down, people have been told to stay at home, schools have been temporarily shut down and more or less all events have been cancelled or postponed. On Februari 2 the pandemic had in itself taken some estimated 2,24 million lives world wide - but the real number is most likely higher and as the virus continues to spread, taking new forms there is no saying what the final number will be.

A part from the deaths and suffering from the virus itself, the measures to counter it will have an impact on many peoples lives for years to come. Poverty from unemployment, lack of education and restrictions in human rights- and freedoms, violations of democratic values and a world full of silenced cultural workers.

What lies ahead, what needs to be done - when and how will states be able to heal the long-term effects of covid-19? Will the gap between rich and poor countries in the world get even larger? What are the responsibilities of the world community?

The seminar will be written-interpreted afterwards.

To read the report on "The State of Artistic Freedom 2021" by Freemuse, klick here. 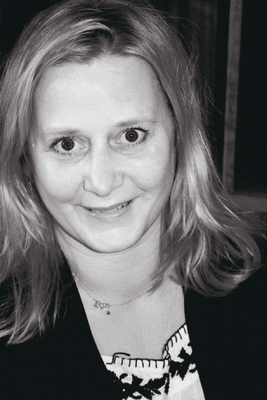 Montenegro works as a journalist for both national (Guatemala) and international medias. He's a member of different civil movements who fight for impunity and who monitor the judiciary, the election process for public office and the work of Parliament. He's also participated in movements who are working to strengthen justice in Guatemala and the rest of Central America.

Cunningham Wren is a lawyer from the Miskito indigenous group defending the rights of indigenous peoples in Nicaragua to their land and resources. She has worked with ensuring legal protections, including initiating the process of demarcation and titling of indigenous lands in Nicaragua.

Zifelani is the director for the Women in Politics Support Unit, WiPSU, in Zimbabwe. Her job is to support and increase the number of female politics and in positions of decision making in the country. It is an ongoing battle for gender equality in which Zifelani has a prominent role.

Plipat is the Executive Director of Freemuse where he devises a comprehensive approach to defend artistic freedom and cultural expression through research, advocacy by working with local and international partners. He has previously worked as regional director for Asia Pacific at Berlin-based Transparency International and as a director at Amnesty International In London.

Modéer is Assistant Secretary-General, Assistant Administrator, Director of the Bureau of External Relations and Advocacy (BERA), and State Secretary for International Development Corporation and Climate. She’s been instrumental in reshaping Sweden's international development corporation to support the achievement of the 2030 Agenda. She has contributed to global policy on issues like gender equality, UN reform, and much more.