Standardisation is one of the areas in disaster risk management with the biggest potential impact. Several EU-funded projects have addressed the issue in recent years, such as ACRIMAS, DRIVER+, ResiStand and the recently started STRATEGY. Research results from projects such as IN-PREP, FIRE-IN or the DG ECHO-financed Crisis Management Hub pilot have time and again shown the explicit operational need for a certain degree of (procedural) standardisation to ensure the effective deployment of resources across borders, for example via the Union Civil Protection Mechanism. Similarly, interoperability plays a role in the exchange of response capacities internationally, e.g. across the American continent, for example in wildfire response or search and rescue activities. In short, the question is simple: how can a common level of training, as well as interoperable standard operating procedures (SOPs) and equipment be guaranteed, if not through standards? Practitioners have long acknowledged this reality, as they are the ones confronted with the realities of insufficient interoperability.

In this sense, some measure of standardisation is important not just for response operations, but also for prevention and preparedness. It is critical in developing new doctrine, new equipment, new trainings. And while initiatives are underway to address the technical side of standardisation through joint procurement and the exploration of hard standards, the potential for soft standards such as guidelines and development of multi-national (standard operating) procedures remains to be further explored. The search and rescue domain with its INSARAG Guidelines and the development of Emergency Medical Teams (EMTs) as well as the cyber security sector, where Computer Emergency Response Teams (CERTs) are increasingly standardised, in Europe for example through accreditation by a European Task Force are examples that could be of value for other domains.

Despite showing its potential through successful examples, standardisation, together with the related aspects of harmonization and interoperability sometimes cause fierce discussions, as some might perceive them as undermining national sovereignty. As it stands, disaster risk management is throughout all its phases mainly under the auspices of states. This holds true even in the EU with its UCPM. Indeed, the discussion is part of a wider discourse on sovereignty in internal security in general. In a political sense, interoperability is thus an asset to ensure a state’s own integrity, but relinquishing even small bits of control can cause controversies.

It is in this contested area that we want to pose the following questions: how can one balance legal and political frameworks based on sovereignty on the one hand, and the very real need of practitioners for standards on the other? How can resources be shared across jurisdictions? What complementary approaches can facilitate standardisation? What benefits exist for softer approaches to standardisation as compared to hard standards? And can we link these benefits with potential fields of action?

Ethics and (pre)standardisation in the area of Disaster Management. 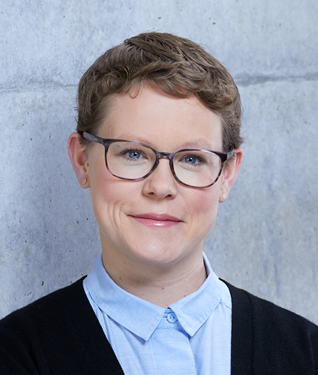 Center for Security and Society/University of Freiburg